Sri Lanka is well known for its sandy beaches. It has a coastline fringed with numerous golden beaches. The scenic view of the sandy shores and beaches are the perfect place to relax with the sound of gushing waves giving you an upheaval feeling. If you are a beach lover and searching for sense of true joy and peace while relaxing on a beach, then you should add Sri Lanka to your list. Soak in the sun while sipping a refreshing cocktail on the best beaches in Sri Lanka on your next trip.

Sri Lanka’s west coast shows the island at its most developed, its most Westernized, and its most tourist oriented. A string of fine beaches, backed by hundreds of hotels and guesthouses, lines the coast from Negombo in the north to Hikkaduwa in the south. Despite increasing development in other parts of the island, the large hotels in Negombo, Kalutara, Beruwala and Bentota – all within easy reach of the capital, Colombo – continue to serve as the hub of the island’s touristm industry. These resorts offer trips to primarily the European visitors, particularly during winter in the northern hemisphere.

The South coast is one of Sri Lanka’s most rewarding areas to visit. Representing the island in microcosm, the region offers gorgeous beaches, colonial towns, and superb wildlife parks, as well as a host of Buddhist shrines and temples. In addition, this coastline is home to a selection of some of the island’s most alluring places to stay, from luxurious beach hotels to atmospheric colonial-era villas. Active travelers can find a never-ending range of things to do and see here. However, despite gradual ongoing development around the coast, much of the region’s charm lies in its somnolent and quintessentially rural atmosphere. Countless sleepy villages nestle in the shade of toppling palm trees, and the pace of life is unashamedly slow-moving.

Sri Lanka’s east coast is unquestionably beautiful, but was off the tourist trail for many years due to the long-raging war against terrorism, compounded by the damage wrought by the 2004 tsunami. However, in the years following the end of the war in 2009, there has been slow and steady reconstruction and the region now looks to the future with renewed confidence. Its major towns – Trincomalee and Batticaloa – are bustling with life and commercial activity, while ongoing development is starting to unlock the huge potential of the superb coastline 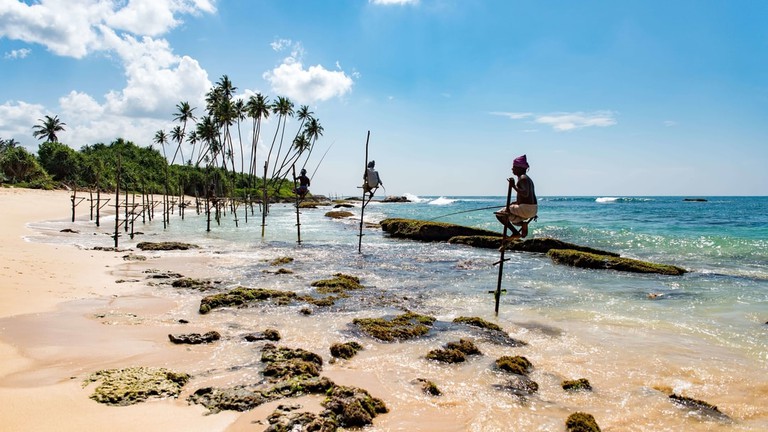